When you purchase a autographed copy of The Key Process here for $20.17 you'll receive a FREE Beaded Bracelet! Don't forget to fill out the Giveaway Information Form Below!

The Process was Key!

In 'The Key Process: A Grief Guide to Mastering Spiritual Healing'  Miami opens up about the emotional challenges she faced after losing her 22-year-old son. Along Miami’s grief journey she learned the importance of understanding grief and ways of healing . Miami’s life forever changed once she embraced her spiritual journey finding solace after three traumatic losses. Miami’s new normal brought a new perspective and clear direction as she practiced healing techniques to help overcome eight years of complicated grief.

This book provides key principles of processing your thoughts which create emotions. In this grief guide on mastering your own spiritual journey, you will witness the resiliency of Miami’s heartfelt story. Miami describes how she discovered the best version of herself as she was guided to release several levels of heartache during her grief journey. She shares tips of her forever evolving daily regimens with tools on how-to thrive seeing the beauty of understanding the meaning of your personal grief journey after loss.

Here's What readers are Saying

This book and author captured so much about grief and the process. There were several spaces in which tears fell as I read so many words that resonated, were real and touched those raw areas. The most important space was that of relatabilty. "I finally walked out the shadows of death into the comfort of hearing God's voice again." Miami Knight I felt every part of that statement especially joining this club as a gun violence survivor. This book provides hope, fuel and let's you know that you can start the healing journey.

This book helps to understand & breakdown grief. It will enlighten your mind and heal your heart through simple techniques and meditation. Great layout & read.

This book is amazing! It’s like having the grief coach one on one teaching you the steps of grief. If you’re going through the grief process I highly recommend you get this book.

After Losing My Son to Gun Suicide, I Turned My Grief Into Action

"In the blink of an eye, my whole life changed." I remember when my son, Ty-Key, wrote those lyrics—searching for the words to express the loss of his best friend, Keondrick, who was shot and killed on December 17, 2011. A loss that, like so many survivors, stuck with Ty-Key.

On that December day, Ty-Key and Keondrick were shot by two people they were in the car with from the backseat. Keondrick was killed, but Ty-Key, who was shot in the head, miraculously lived. But, he never fully recovered. My 17-year-old would never be the same.

He lost peripheral vision in one eye, some movement in his limbs, and developed a limp—but more than that he lost his best friend, his trust in others, and a piece of himself. Everyday was a battle. The smell of the lead still in his head plagued him. Loud noises, like fireworks, were triggering. Music became his outlet. He got back into the studio and allowed himself to create. But, even with his rapping and receiving justice in court, Ty-Key continued to struggle for years.

Therapy helped him cope, but he never healed. And, on January 27, 2017, Ty-Key shot and killed himself. He told me he could no longer bear the pain.

Even though his nickname was "Mr. Slugmode," Ty-Key was always doing things. He was a football player, rapper and the "cool guy" on the block. He was smart, too—he even had the opportunity to skip a grade. People knew him. People loved him—they always had.

There is a real disconnect about suicide in my community. There aren't many people sharing their stories—it's stigmatized loss. That's why I am writing this September, during National Suicide Prevention and Awareness Month — to say suicide affects everyone, but it's preventable.

Today, people are still isolated, anxious, and struggling financially due to COVID-19 and the risk of suicide is elevated. In fact, recent data analyzed by the Everytown for Gun Safety Support Fund found the economic fallout from the COVID-19 crisis could bring a 20 to 30 percent increase in firearm suicides in the U.S. this year, resulting in 20 additional gun suicides per day in 2020 without immediate action.

Thankfully, there is hope. I am grateful that the U.S. House recently passed an appropriations bill that if signed into law would provide additional funding for violence intervention groups to help address gun violence in cities and suicide intervention work. Also the Federal Communications Commission approved a new three digit number (988) as a suicide intervention hotline. The number will make the hotline more accessible in a crisis, but only if it is promoted. Whether the number is three or 12 digits, emotional support can only work if people know about it—especially in communities where suicide is often not mentioned like my own.

We need to continue to elevate resources and support networks like the Suicide Prevention Lifeline, the Crisis Text Line, Moms Demand Action, and so many other organizations while demanding our federal and state governments do more to provide resources for suicide prevention in all communities.

After my son died, I needed to heal. And that started by educating myself about grief. I took classes, became a grief coach, and became a healing shaman to support others grieving. I learned that there is hope in the fight against gun violence—including gun suicide.

I got involved with Moms Demand Action and started to advocate for common sense gun laws. My work as an advocate has taught me how to let people who are experiencing pain like Ty-Key know there is hope. I teach them meditation, mindfulness, and how to share their stories.

For years, it was painful to even say the word "suicide." I had to learn what it meant to be a gun suicide survivor and how to channel my grief into action. Now, I love talking about my son, "Mr. Slugmode," his journey, his passion, and his music. I read his lyrics everyday, and share them through my work.

Many of them still ring true today — "in the blink of an eye, my whole life changed."

Miami Knight is a gun violence survivor, Everytown Survivor Fellow, Moms Demand Action volunteer, and host of Grief Talk podcast. She lives in Atlanta and works as a grief coach for other families who had loved ones taken by gun violence.

If you or someone you know is in crisis, please contact the National Suicide Prevention Lifeline, a national network of local crisis centers that provides free and confidential emotional support to people in suicidal crisis or emotional distress 24/7. 1-800-273-TALK (8255) suicidepreventionlifeline.org.

A general term or statement used to attain a goal. To change your mindset, to go hard─ at work, hustle, play and/or life skills.

If you or someone you know is in crisis, please contact the National Suicide Prevention Lifeline, a national network of local crisis centers that provides free and confidential emotional support to people in suicidal crisis or emotional distress 24/7. 1-800-273-TALK (8255) suicidepreventionlifeline.org.

You can also contact the Crisis Text Line, which provides trained crisis counseling services over text 24/7. Text HOME to 741741 from anywhere in the country.

Ty-Key  AKA Dunk was a very loving young man known to family and friends as the lyrical genius “Mr. Slugg Mode."  He loved to read, he was articulate and detail-oriented  in his creative work.

The Process was Key!

"Through the transitioning of profound grief due to several life-changing losses, ‘The Key Process’ allowed me to tap into unfamiliar territories, places, and experiences I would have never perceived had I not gone through those eight years of loss. The one thing I never did was give up ─ I courageously pressed through paying my way forward to help others understand grief and how to heal it by awakening their spiritual self" 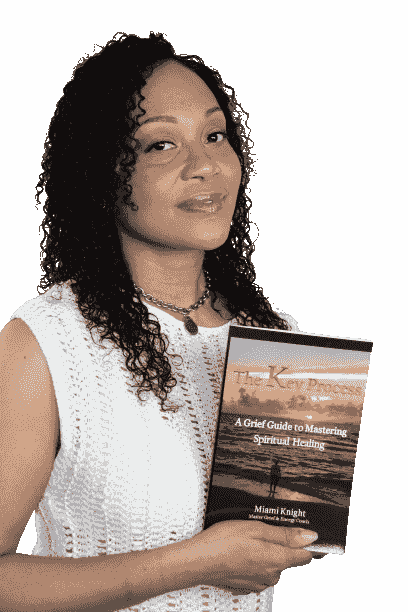 Get the book on amazon

The Process Was Key!

Copyright © 2020 Miami Knight LLC.  - All Rights Reserved. No portion of this site can be reprinted without permission.